Odorant cues play a critical role in premating isolation among many species. In mammals, they have been most well-studied in rodents, but only in a handful of species. The genus Rattus is one of the most species-rich genera of mammals, with a natural distribution from Asia to Australia and a nearly global distribution for a few species that spread through human commensalism. More than one-third of Rattus species are the result of a recent and rapid radiation on continental Australia (Sahul) centred on the island of New Guinea. The two most widespread species resulting from this radiation, Rattus fuscipes and Rattus leucopus, occur sympatrically in the Wet Tropics region of Queensland, Australia. Despite their recent divergence, morphological similarity, and ability to produce fertile offspring in captivity, hybrids of the two species have not been reported in the wild, suggesting that premating isolation mechanisms maintain the species’ boundaries. Odorant cues are a plausible mechanism that these species could use to identify mates of the same species, but the chemical composition of their odours has not been characterized. With allozyme data from 166 specimens of the two species we confirmed the absence of gene flow between the species in sympatry. From chemical analysis of preputial glands of 32 males from sympatric and allopatric populations of the two species we identified 120 volatile organic compounds of which 80 were reliably quantitated for statistical analysis. Some of these chemicals have been indicated as signalling compounds in other species of mammals, including seven thiazolines. Among them two (2-sec-butylthiazoline and 2-isopropythiazoline) have been previously detected in a rodent, the House Mouse, Mus musculus, and are involved in social interactions including attracting females. We demonstrate that R. fuscipes and R. leucopus are quantitatively and qualitatively distinguishable by the chemical composition of their preputial gland secretions. In comparison to allopatric subspecies, sympatric species contained more unique chemical compounds and a higher abundance of compounds overall, suggesting that sympatric populations have more complex and concentrated odours. Together these results indicate that odorant chemistry has evolved rapidly in these two species, with substantial differences among species and subspecies, especially in sympatry. Ultimately, the rapid evolution of chemical signals involved in mate recognition may help to explain the exceptional diversity of species in the genus Rattus.

A new genus and two new species of Caprellidae (Crustacea: Amphipoda) from mesophotic and deep-sea waters of Australia

The scincid lizard genus Caledoniscincus (Reptilia: Scincidae) from New Caledonia in the southwest Pacific: a review of Caledoniscincus austrocaledonicus (Bavay) and description of six new species from Province Nord 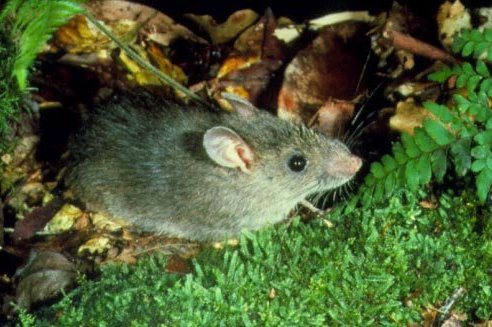 The Bush Rat can be quite difficult to find because of its nocturnal habits and also because it prefers to nest hidden in dense forest.

This rat was probably introduced to Sydney with the First Fleet.

Papers in honour of Ken Aplin