Redescriptions of Hoplatria clavigera Verhoeff, 1941, and Hoplatessara pugiona Verhoeff, 1941. Descriptions of: Somethus biramus n.sp., characterized by the length of the tibiotarsal branch of the gonopods, and the small size of the femoral branch, which is reduced to a tiny lappet emanating from near the apex of the seminiferous branch; Australiosoma laminatum n.sp., characterized by the laminate expansion of the femoral process of the gonopods; and Hoplatessara nigrocingulata n.sp., particularly characterized by the relative length and shape of the femoral process of the gonopods. Two new genera are proposed: Archicladosoma and Isocladosoma. Archicladosoma, type species A. magnum n.sp., is of particular interest since it is characterized by what may be regarded as the most ancestral type of gonopods yet recorded in the Australiosomatini, with a distinctly demarcated femoral section, and the tibiotarsus, femoral process and solenomerite unmodified. Isocladosoma, type species I. guttatum n.sp., has the gonopods split into three branches, all of which emanate almost directly from the prefemur. The genus suggests Cladethosoma Chamberlin, 1920, but differs in having the femoral process elongate lanceolate, and in having only a single tibiotarsal branch, which in some species bears an additional spine. A second and third species, I. pallidulum n.sp. and I. maculatum n.sp., substantiate the characters of the genus. The three species are distinguished mainly by the structure of the tibiotarsus of the gonopods and by their colour pattern.

Step into the multi-legged world of these crawling creatures and learn how important they are to our environment.

There are many seasonal and cyclic enquiries from the public that have been answered by the Australian museums' experts in the Search and Discover Centre over the last 20 years. You may be able to find the answer for your question already answered here. 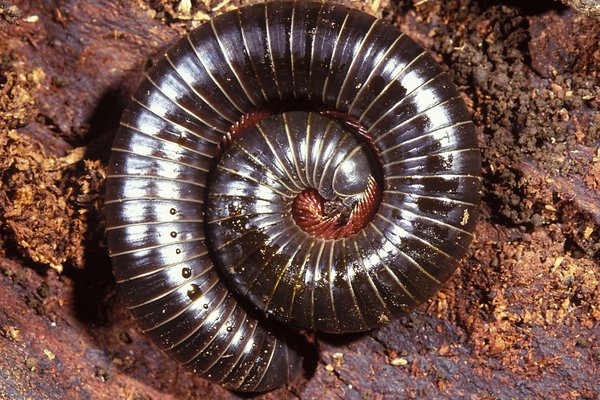 Spiders were among the earliest animals to live on land, probably evolving about 400 million years ago.

Australia has a large and unique crayfish fauna including the largest and smallest species in the world.

The Myriapoda in the Australian Museum. Part II. Diplopoda

Arachnology is the study of the group of animals called arachnids. Arachnids include spiders, scorpions, harvestmen, ticks and mites.

On Diplopoda in the Australian Museum, Sydney