In 1943 the Council for Scientific and Industrial Research, in Melbourne, published its Bulletin No. 159, "Poisonous and Harmful Fishes." This Bulletin was originally intended for use by His Majesty's Forces in World War II. In the foreword to that publication it was stated that a more detailed report and a bibliography on the same subject had been assembled for separate publication. No further edition of the Bulletin has been issued, but separate articles on poisonous fishes have appeared. In view of the increased interest in the subject by scientific organizations in the United States, Japan and the Pacific Islands, it was deemed advisable to publish the present bibliography.
The literature of medical ichthyology is extensive and widely scattered throughout scientific journals in a variety of languages. Since a review of the world literature on toxic fishes is not feasible at this time, the present work has been limited chiefly to those publications concerned with the poisonous and venomous fishes of Australia. The term fishes is used in the zoological sense and does not include such invertebrates as jellyfish, shellfish, etc. It will be noted that a number of articles have been listed under the section entitled "General". The works listed in this section are concerned with the more general aspects of the problem of toxic fishes and would be pertinent to a discussion of any area. Papers containing articles on both poisonous and venomous fishes have also been listed in the general section. The remainder of the references have been segregated into the two categories "Poisonous Fishes" and "Venomous Fishes." The term poisonous fishes refers to those whose flesh when ingested by human beings produces toxic symptoms. In contrast, venomous fishes produce their injurious effects by injecting their venom by means of stings or spines. In the latter case the injury is associated with mechanical trauma.
In some instances, e.g., tetraodon poisoning, stingrays, catfishes, etc., it was felt advisable to include certain additional basic papers which were considered to have a bearing on the subject under consideration even though they were not concerned directly with Australian species. It is the hope of the authors that this contribution will stimulate others to conduct research in this greatly neglected field.

An Annotated Checklist of Australian and New Zealand Polychaeta and Myzostomidae

Who’s eating Cane Toads and getting away with it?

Did you know some Australian animals have developed a taste for toad?

David K. McAlpine bibliography from 1952 to the present

The biology and geology of Tuvalu: an annotated bibliography

An annotated list of the fauna and flora of Merimbula and Pambula Lake N.S.W. 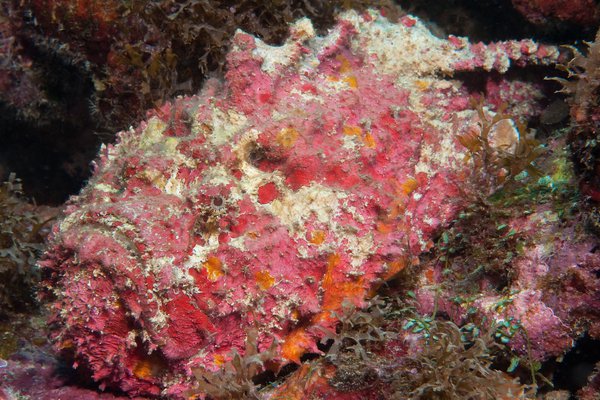