The results obtained by the examination of the fragments from the British Museum, are confirmatory of the descriptions of the Lendenfeldian types as published in my report The species dealt with are as follows: Arenochalina mirabilis, Lendenfeld, from Torres Straits. The spicules are styli, and occur in both the main and secondary fibres. A recently collected specimen from Port Jackson exhibits numerous similar styli in the ground substance. A fragment of Clathria (Plectispa) arborea, Lendenfeld, appears under the name of Thalassodendron reticulata, Lendenfeld. The echinating spicules in this example are spined styli; the question as to what particular sponge was. described under the above name still requires an answer, inasmuch as the fibres are described as being echinated by smooth styli.

The most common whales that frequent the Sydney coastline are Southern Right Whales and Humpback Whales. On occasion, whales beach themselves along the coast, and were an opportunity for a feast for Aboriginal people in the reg 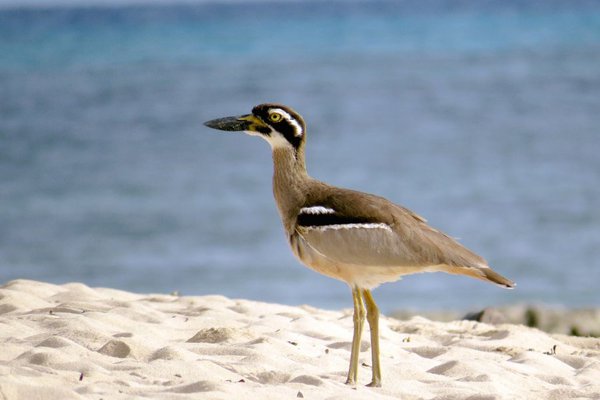 Beach Stone-Curlews feed mostly on crabs, hammering them open and sometimes washing them before swallowing.

Studies on fresh-water sponges from Australia. No. I

The Red-fingered Anglerfish has bumpy skin that resembles the sponges among which it is often found.