In January 1900, the Trustees received a block of wood from Mr. C. W. Darley, late Chief Engineer to the Harbour and Rivers Department. The wood was taken from the old floating jetty at the foot of Phillip-street, Circular Quay. The timber has the appearance of pine and was originally two and a half inches in thickness, fully a third of which had been eaten away, and the remaining two-thirds were more or less reduced to a condition resembling very small-celled honeycomb. Upon examination the boles in the timber were found to be occupied by a small Isopodous Crustacean, which proved to be the much dreaded "Gribble", Limnoria lignorum, Rathke, of European and American seas. It has probably been introduced from England or from the United States by timber laden vessels. A few months ago another specimen of similarly infested timber was received from Captain J. Edie, Superintendent of Navigation, who stated that it had been taken from a ferry steamer plying in Sydney Harbour. 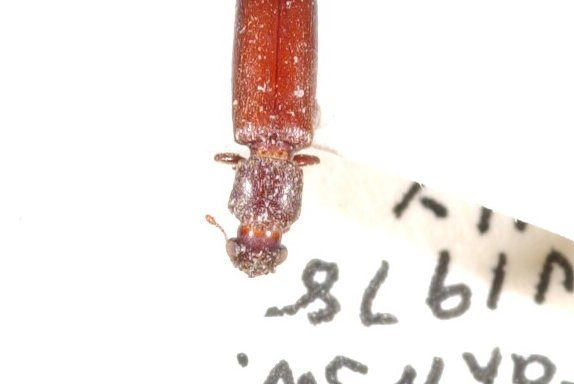