Considerable doubt has existed with regard to the identity of certain species of longicorn beetles described by W. S. Macleay from material collected during King's survey of the coasts of Australia. In the course of an examination of the Cerambycidae in the Macleay Museum at the University of Sydney, I discovered six specimens with old labels bearing the name of Capt. King. All these labels are in the same handwriting, which appears to be identical with that of W. S. Macleay, and bear every evidence of age. The information contained on the labels agrees in all respects with the particulars given by Macleay in his appendix on the Annulosa in King's "Survey of the Coasts of Australia", ii. While the presence of one specimen might have been concluded to be accidental, the existence of six specimens may be taken as additional evidence of their authenticity Any doubt which existed was, however, removed by careful comparison of each specimen with the original descriptions, with which they have been found to agree in each case, so that I have no hesitation in accepting them as authentic specimens collected by Capt. P. P. King's expedition and described by W. S. Macleay, and, in the absence of other material, they may be considered to be the types of the species concerned. Etc.

Notes on Australian Cerambycidae. II. Notes on the genus Syllitus, with descriptions of new species

A review of the Australian species of Thevenetimyia Bigot, 1875 (Bombyliidae, Bombyliinae, Eclimini), with description of four new species and the pupal case of T. longipalpis (Hardy) 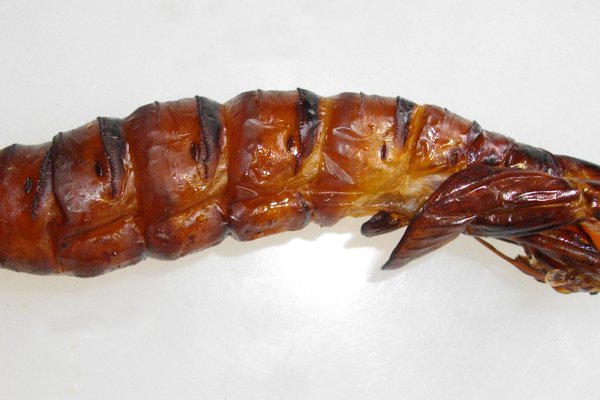 The Witchetty grub is one of the most famous items on the Aboriginal bush tucker menu.

Catalogue of the Cerambycidae (Coleoptera) of Australia

Australian Cerambycidae. VIII. Notes on a collection from the Western Australian Museum, with descriptions of new species