This paper describes 15 new and five known endemic earthworm species, and provides keys to New South Wales genera. Two new species of Plutellus require expansion of the generic diagnosis to allow species with short stalks to the calciferous glands (always subordinate to the plesiomorphic tubular prostates that characterise this genus and distinguish it from Heteroporodrilus). For Vesiculodrilus, the nominal type species of the genus, V. frenchi (Spencer, 1892), is redescribed and figured on a neotype. Nephridial vesicles, essential for inclusion in Vesiculodrilus, are newly reported in V. frenchi. Two new species from Mt Kosciuszko are added to this genus. Syntypes of Heteroporodrilus canaliculatus (Fletcher, 1889) and H. mediterreus (Fletcher, 1887b) are rediscovered, lectotypes are designated, and these species are redescribed. Six new species are added to Heteroporodrilus requiring the generic diagnosis to be amended to accept calciferous glands that are stalked, sessile, or annular. Intermittent nephropore alternation to mid-setal lines, once thought diagnostic only of H. shephardi (Spencer, 1900), is reported in several other species. The close affinities amongst heteroporodrilids widely distributed in New South Wales, Queensland, Victoria and South Australia is accounted for by fluvial transport along the river systems such as the Murray-Darling. New material of Cryptodrilus fastigatus Fletcher, 1889 is described and a congeneric species proposed, allowing explanation of the intraspecific variation in their male fields: The pore-like 'genital markings' are actually modified nephropores that function for excretion, rather than copulation. One species of Megascolides from Bago-Maragle State Forest is newly described; variation in forms of tubular prostates is briefly considered in remarks following this species' description. Two new species are added to Notoscolex, and one new species to Digaster.

A new genus and species of earthworm (Oligochaeta: Megascolecidae) from semi-arid Australia

On a collection of Oligochaeta from the Jenolan Caves District, New South Wales

Worldwide, approximately 6,000 species of earthworms are described in 20 families, eight of which are represented in Australia. 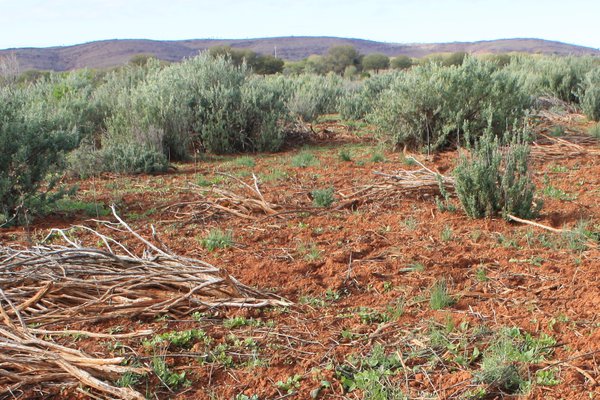 Earthworms can sometimes surprise us

Australia is richly endowed with earthworm biodiversity, but of the 750 or so named species of earthworm in Australia, very few have been found in arid environments. The Broken Hill earthworm, a new genus and species, was a serendipitous find in an unexpected location. Find out more at the AM!

Spirorbinae (Polychaeta: Serpulidae) from southeastern Australia. Notes on their taxonomy, ecology, and distribution

Neotypification of Drawida hattamimizu Hatai, 1930 (Oligochaeta: Megadrili: Moniligastridae) and the first DNA (COI) sequences from an earthworm type, plus response to the ‘Can of worms’ theory of cryptic species

Eusyllinae (Polychaeta: Syllidae) from Australia with the description of a new genus and fifteen new species