The comparative morphology of the family Scaridae was examined to provide data which were used to i) assess the monophyly of the family, ii) identify groups of species within the family, and iii) determine the phylogenetic relationships of these groups. Analyses were based on examinations of 69 of the 80 species of Scaridae recognised in this study. In addition, five outgroup taxa from the family Labridae were examined. A total of 143 characters coded as 334 character states were used in the analyses. The characters were drawn from the osteology of the neurocranium, oral jaws, palatine arch, hyoid arch, branchial arches, pectoral girdle, pelvic girdle, axial skeleton, dorsal and anal fins, and the caudal skeleton. In addition, characters were drawn from the soft anatomy of the oral jaws and pharyngeal apparatus, the viscera, reproductive system, colour patterns and external morphology. Phylogenetic analyses of these character states were undertaken using the principle of maximum parsimony. Computational procedures were performed using the program PAUP. Two trees were produced with consistency indices of 0.697 (autapomorphies excluded). The topology and character state distributions of the ingroup are identical in both trees. The analyses strongly supported the monophyly of the Scaridae. The family is defined by 54 synapomorphies, of which 19 are unique and unreversed. Within the family ten groups are recognised. All are referrable to previously recognised genera. Calotomus, Leptoscarus, Sparisoma, Cetoscarus, Bolbometopon, Chlorurus, Hipposcarus and Scarus sensu stricto are hypothesised to be monophyletic based on the possession of unique derived character states. No uniquely derived character states were found to define Cryptotomus or Nicholsina. A cladogram showing the phylogenetic relationships of these ten taxa is provided. This cladogram is used as a basis for a new classification of the Scaridae. The following ten genera are recognised in this classification: Cryptotomus, Nicholsina, Calotomus, Leptoscarus, Sparisoma, Cetoscarus, Bolbometopon, Chlorurus, Hipposcarus and Scarus. The main difference in this classification from that in common usage is in the limits of the genus Scarus. The genus Scarus sensu lato as previously applied was paraphyletic and included species in two distinct lineages. These two lineages are recognised herein as Chlorurus and Scarus sensu stricto with Hipposcarus being the immediate sister group of Scarus sensu stricto. The analyses also indicate that the subfamily Sparisomatinae is paraphyletic. A subfamilial division of the Scaridae is therefore rejected. A diagnosis of supraspecific taxa, with a key to genera and a list of Recent species are provided. Biogeographical analyses based on the cladogram point to a major division between Indo-Pacific and Atlantic/Caribbean scarid taxa and identify the closure of the eastern Tethys and the formation of the Isthmus of Panama as key vicariance events in the history of the Scaridae. Analyses of habitat associations suggest that scarids first arose in seagrass and that reef dwelling forms are of a more recent origin. An analysis of adult feeding modes suggests that scarids which excavate the substratum when feeding arose from taxa which fed by browsing, and that taxa with a scraping mode arose relatively recently from excavating forms as a result of paedomorphosis.

The following papers published in 1997 have used specimens from the Australian Museum fish collection. 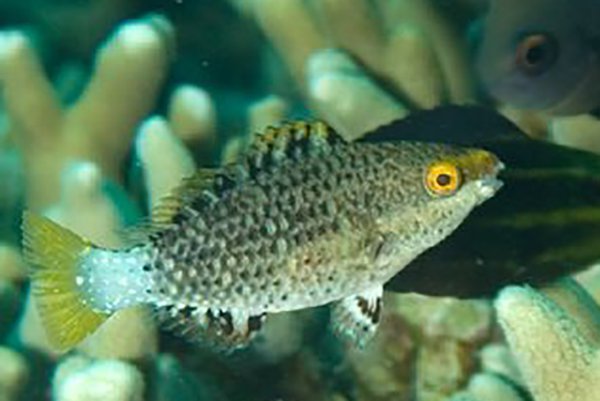 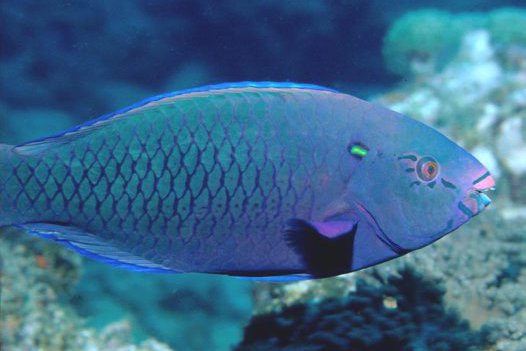 The following papers published in 1994 have used specimens from the Australian Museum fish collection.